There are tons of ways to eat plant based foods with an Asian twist- some incredible dishes like Vietnamese Pho, Japanese Ramen, and dumplings can be very easily adapted to a plant based diet. This means you get all the flavour, but none of the animal product! It’s a win-win.

If you have a plant based diet and are thinking of travelling to Asia- fear not. There are lots of ways to get around not eating meat (which don’t involve picking bits of shrimp out of your rice!). Learning (or writing down) several key phrases can go a long way when you need to communicate that you have a dietary requirement.

Viet nam: Look for the words ‘quán chay’ or ‘cơm chay’ to find a vegetarian place to eat, or to find veggie options on a regular menu.

Eating vegan isn’t always easy at the best of times, and it can be even harder when in Asia. In China even being vegetarian isn’t very popular- many dishes and broths are made with meat, and eggs are often a key part of an Asian diet. However, one plus point is that you may be surprised to know that dairy isn’t used as much as you might expect in Asian cooking.

A safe bet when eating out is rice or rice noodles with vegetables or tofu- just make sure that the vegetables have not been cooked with meats or in a meaty broth as this is often difficult to avoid when eating vegan in Asia.

Did you know that tofu actually originated in China? Often used as a meat substitute in dishes such as stir fries and noodles, tofu is an excellent choice if you want to consume less meat but still add a little something extra to your meals.

Asia has been creating mock meats for years- with some literature stating that meat substitutes in Asia date back to medieval times! 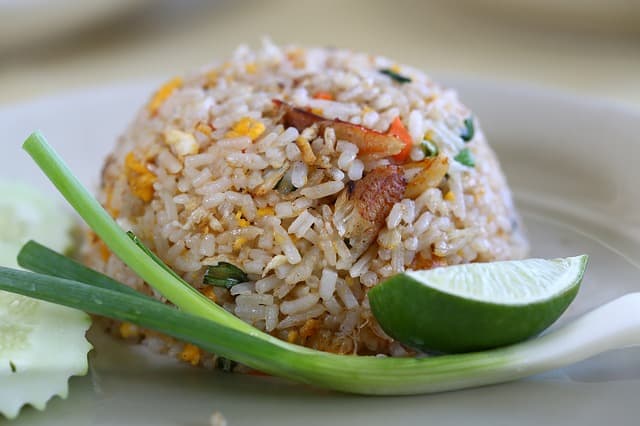